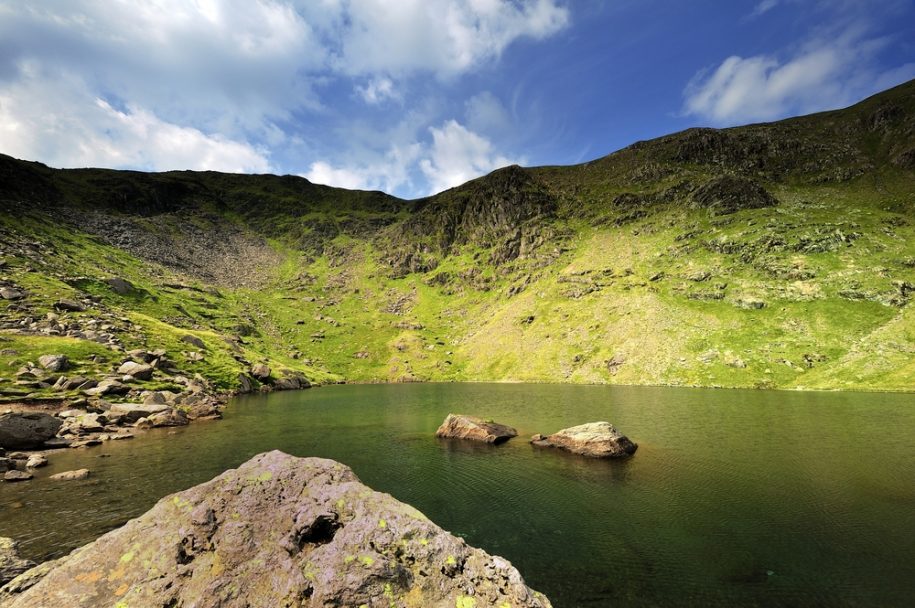 When you’re visiting the Lake District in Cumbria, there’s a range of activities and other things to do in Coniston. Like elsewhere across the National Park, you will be able to learn about its famous residents while enjoying the natural beauty of your surroundings.

Hike to the top of Coniston Old Man

Going for a walk or bike ride around any of the fells and lakes in Cumbria is pretty special. Many feature the largest body of water at Lake Windermere. However, you don’t have to travel far to uncover even more outstanding countryside. If you hike to the top of Coniston Old Man, one of the most popular things to do in Coniston, you will soon be rewarded with incredible views.

If you’re on holiday in the Lake District and interested in finding out about its history, then visit the Ruskin Museum. There is a great insight into the local area, along with a vast collection of historical artefacts.

It is here too, where you can uncover the immense power of the legendry Bluebird K7. The jet engined hydroplane was responsible for breaking 7 world water speed records. Piloted by Donald Campbell during the 1950’s and 1960’s, the machine would make a final record attempt in 1966. This was to end in the tragic death of Campbell, who is honoured within the Ruskin Museum.

Admire the grounds of Brantwood

You may be staying in a luxurious spa suite in Windermere, but you will be in awe of the impressive grounds at Brantwood house. It was once home to John Ruskin, a Victorian man of many talents. Ruskin was an artist and an art critic. He was also well known as a social revolutionist. In fact, if he were alive today he could lay claim to playing an important role in the National Trust. Without which, the Lake District as we know it today may not even exist.

What better way to enjoy things to do in Coniston, than taking to the water. You will have several choices, from public transport to extreme sports. Whether it be via Coniston Launch, the Steam Yacht Gondola or hiring a kayak or canoe, make the most of your time exploring the Lakes.

Drive from Windermere to Coniston Water

Book a room a spa hotel in Windermere, in particular, Windermere Tranquil Retreat. You will have your own car parking space right outside your spa suite. With a relaxing country drive on your doorstep, why not drive from Windermere to Coniston Water. It will only take half an hour, maybe less if you manage to avoid the traffic. Either way, take a picnic with you and park up alongside the water, where you can admire the Lake District in all its beauty.

When you return to your Windermere Tranquil Retreat, relax in your hot tub or Swedish barrel Sauna. However you spend your time, you deserve to enjoy a touch of luxury.