5 Suggestions for Afternoon Tea in the Lake District 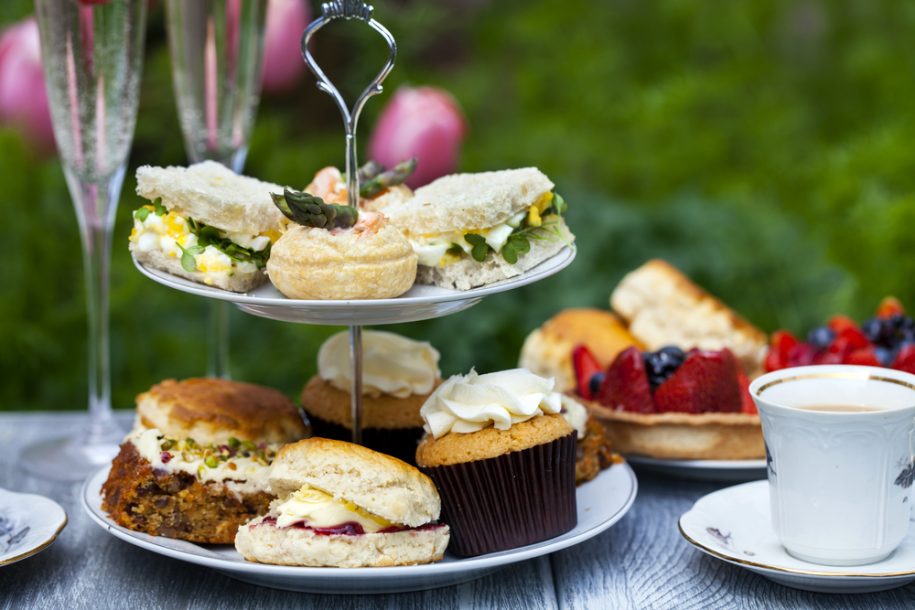 5 Suggestions for Afternoon Tea in the Lake District

When you’re after something traditionally British to do in Cumbria, then why not go for a nice afternoon tea in the Lake District.

The tennis at Wimbledon has started to challenge the World Cup for television viewing figures, while the sun has been shining forever. So what better time to pick fresh strawberries and crack open the champagne. However, that’s something you can enjoy in a hot tub back at your Windermere Tranquil Retreat. As for what to do during the day, take some time out to enjoy one of these locations for afternoon tea:

You don’t have to be a guest at Holbeck Ghyll to make the most of their fabulous afternoon tea. Just like your personal spa suite, the restaurant overlooks the beautiful Lake Windermere.

Served in the finest china teapot, you can drink Taylor’s of Harrogate tea as you feast upon an array of sandwiches and homemade cake. Prices start from £27.50 as you sit out in the sunshine, embracing the wonderful surroundings.

Alternatively, if you’re visiting later in the season, you can escape the cold winter air and put your feet up in front of the roaring fireplace.

If you’re staying at a spa hotel in Windermere, then you’re spoilt for choice for afternoon tea in the Lake District. Only this time around, the Wild Boar like to put a twist on the traditional.

While you may expect your cake stand to be adorned with a selection of petit fours, this is a pub rather than a restaurant. As such, the porcelain is wooden and rustic, while the sandwiches and cakes are replaced with burgers and chips. Visually, this is the most inviting alternative tea in the Lake District.

You can’t really visit Windermere without taking a relaxing cruise on the Lakes. This is where the Windermere Lake Cruises come in. Enjoy a romantic break in the Lake District by combining a river cruise with afternoon tea, for just £24.95 per person.

There are two routes you can take on Lake Windermere. Both of which come with sandwiches, scones and cake at Laura Ashley’s Belsfield Hotel.

If you’re in the mood for another afternoon tea in the Lake District, then stay on the water until you reach Coniston. It’s another popular tourist location in Cumbria, one where you won’t be going hungry. Furthermore, you can sit by the water and watch the world go by.

As for its name, the Bluebird Café is a tip of the hat towards Donald Campbell. Back in the 1950’s and 60’s Campbell broke several world water records set on the nearby lakes.

Just 20 minutes drive from our Windermere Tranquil Retreat is the village of Milnthorpe. If you fancy getting to know the locals, the tea rooms at the Old Beetham Post Office is a great introduction.

As for that bottle of champagne and those fresh strawberries, it’s time to relax in your Windermere hot tub. Book a spa suite at the Windermere Tranquil Retreat and enjoy a taste of luxury.